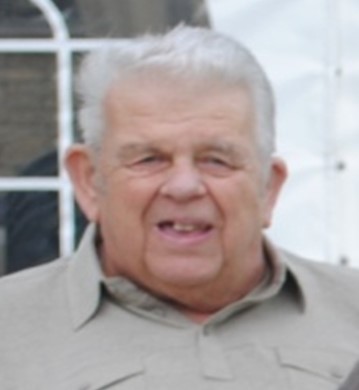 Ted Jolliffe
1939-2021
Ted was born in Kinson, Bournemouth in 1939. His father, Jack, was in a reserved occupation as a skilled potter, the whole male family worked in heavy clay, (bricks and salt glazed drain pipes). Many of the wartime airfields had drains made from the firms products laid along the runways.
As a youngster he was taken under his grandfather’s wing, and initiated into working on the large twin cylinder steam engine which powered the works. Electricity came from an ex-WW1 dynamo powered by an early Tangye hot bulb engine delivering DC to the plant, later supplemented by an ex-German submarine diesel engine and generator. From this he got his lifelong love of steam, and mechanical work.
Ted was the only pupil in his junior school to win a scholarship to the local Grammar School. After a short spell in retail sales he joined the Met. Police Cadet Corps in 1956, later serving as a PC. He was for many years an area car driver, and during the later years of service worked as part of an accident investigation and prevention team. He retired in 1984 to take over as Editor of Model Engineer magazine, a post he held until retiring in 1999. This made him, apart from the founder Percival Marshall, the longest serving Editor in the 120+ year history of the magazine.
He had always been involved in modeling and engineering, as Editor for The Southern Federation of Model Engineers for several years, as well as Secretary at Chingford MEC for some years prior to the move into publishing. He was instrumental in introducing battery powered electric locomotives to the passenger hauling stud, and served for several years on a HSE Committee dealing with many aspects of the safe operation of public passenger hauling miniature railways. Many older model engineers will remember Ted and family travelling at weekends to their sites, hauling his ancient caravan behind his overworked Skoda’s, a marque he was faithful to for over a million miles.
Following a short lived first marriage in 1962, in 1968 he met and in 1974 married Mary, their younger son John is a graduate engineer, (many will remember his efforts as a youngster in providing many front covers for the magazine). John is currently living in Vietnam where he set up a major workshop in the textile and footwear industry.
In his second retirement Ted was extremely active in the Bedford MES, having moved there from Enfield, to be closer to the office, but following a heart attack in 2008 he stood down. He concentrated attention to health issues, serving on the board of the local NHS monitoring group (The Link), and later as Secretary of Hearts in Beds Cardiac Support Group, a post he held for over 12 years.
Other interests included a love of nature, bird watching and interest in birds of prey, as a volunteer at the Raptor Foundation near St. Ives, and Secretary of the local gardening society.
Following many holidays on the Isle of Man with Mary, where they built up lots of enduring friendships, latterly because of distance, allegiance changed to the Isle of Wight where they became supporters of the Donkey Sanctuary, and part of the preservation group for red squirrels, the Island boasts a large colony of these enchanting animals.
Never quite sure how it came about he served for many years on an advisory panel for the DVLC, an activity done online, suiting his later life mobility issues.
He loved his workshop, and freely admitted to a love of tool making and repairing rather than loco building. He wrote many articles for the model engineering press and during the Covid pandemic wrote regular construction articles for the Chingford MEC Newsletter, claiming that this diversion kept him sane during the various lockdowns. When failing mobility restricted access to the workshop he set up a small one in the garage adjacent to the kitchen; buying and installing a Unimat SL lathe to go with the Sherline mill. He was then able to continue with his project of building components of a typical medieval siege train based on research and several designs from the Leonardo da Vinci drawings.
Latterly he was diagnosed with terminal throat cancer; the last few months of his life were owed in large part to his wife Mary, for her devoted care, they tried hard to pack in as many experiences as possible having regard to the increasing difficulties of getting about.
Share this post: